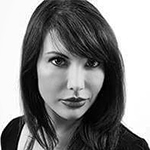 A self-proclaimed product junky, Shannon, is relentless in her research of new technologies, products, and treatments that will make flawless skin attainable on a daily basis. Oncology certified in 2007, Shannon then set her sights on furthering her education.  Along with over 16 certifications in multiple platforms, she later, in 2015, attained the highest voluntary credential in the United States when in 2015 she received her National Esthetician Certification from the NCEA – the commission on accreditation in the esthetics field.

To know more about Shannon and her dedicated interest to beauty and wellness, visit-

How to Use Epsom Salt in Garden for Improving Plant Growth

How to Make Easy and Delicious Halloween Treats (6 Quick Recipes)